Software engineering teams face many struggles, from the small problems during feature development, “Oh shit there’s no way for a user to change their last name…” or “How do I update a client’s old web page to autoplay in screen video with scrolling?” to much more dire problems, like having to fix a catastrophic failure real time (see the case study below on one company’s crash and burn). Or that last push with a bug fix only had a test for one failure mode, but doesn’t capture or reproduce all possible modes. Can anyone be sure if it really fixed the bug?

What is a Checklist

A checklist is a memory aid – a tool for eliminating failure. A “to-do” list jotted on the back of an envelope is an informal reminder of a list of actions that need to take place, maybe prioritized by urgency; a more formal checklist might have hierarchies for lists within lists in checkbox bullet form; an automated checklist could include fail safes to prevent a user from progressing in a script before a required step is completed. The more automation is possible, the better since it prevents the possibility of human error.

What happens when humans are left to their own devices to do unfamiliar or infrequent tasks? In the context of DevOps, we have the tragic tale of Knight Capital Group (link to story), a 400 million dollar market making company that went bankrupt in just “45 minutes of hell.” In 2012, Knight represented a significant portion of the market share on NYSE and NASDAQ, and their Electronic Trading Group (ETG) dealt in high volume trades – billions – every day. All was well until NYSE planned a launch of new program, prompting Knight to update their algorithm for routing orders. As part of this update, one fatal mistake occurred at the level of manual deployment.

“During the deployment of the new code, […] one of Knight’s technicians did not copy the new code to one of the eight SMARS computer servers. Knight did not have a second technician review this deployment and no one at Knight realized that the Power Peg code had not been removed from the eighth server, nor the new RLP code added. Knight had no written procedures that required such a review.”

The root cause was a malexecuted deployment, but taking a step back, you might say they put undue responsibility on the engineers deploying it. The ethical onus is greater on any entity whose dealings have such immediate and high-visibility leverage on the global economy as a whole. Knight’s failure to include automated processes as part of the software update, or for that matter, any documentation (EMERGENCY C/L, anyone?) on how respond to potential failure, belies any assumed responsibility for the weight of their role.

What can checklists do and what can’t they do?

In The Checklist Manifesto: How to Get Things Right, accomplished surgeon and New York Times bestselling author Atul Gawande conveys the importance of the simplest of any tool in a surgeon’s tool belt: the checklist. Checklists are used in fields ranging from disaster recovery and military to medicine and business. For high stress or time sensitive tasks, like emergency procedures, critical thinking and decision making skills may be impaired by the stress of the situation. Checklists are absolutely vital in these situations. How about for other, less important situations? Use a checklist wherever it seems appropriate, and don’t use one where it’s not.

Do you plan on implementing checklists at your workplace for preventing potential failures? What pitfalls have you experienced with the use of checklists, or lack of? Leave a comment.

You might remember Txty Jukebox, our free to use collaborative music web app that we built on top of the YouTube Data API. We were happy to find that our original version was well received and even got some press from the folks over at makeuseof.com. Well, we’ve finally got a chance to spend some time ( big thanks to our new hire Josh who led the charge ) to make improvements based on the feedback we received and re-branded it under jointdj.com!

The main idea behind our music inspired web application is to create an easy way for groups of people to collaboratively share and listen to song (and video) requests. Any user with a smart phone or computer can enter the event code provided by the event’s host on jointdj.com and start submitting songs to the event’s playlist. The “event” doesn’t always have to be a traditional party either, for example, we’ve been using Joint DJ ourselves in our office as a Pandora or Spotify replacement.

To see how it works I suggest skimming the jointdj.com landing page which does a good job of quickly outlining how to use. Instead of regurgitating that information here I’ll highlight a few new features/improvements to get excited about:

Tutorial: Create a HTML scraper with PhantomJS and PHP

This simple tutorial will show you how to create a PhantomJS script that will scrape the state/population html table data from http://www.ipl.org/div/stateknow/popchart.html and output it in a PHP application.  For those of you who don’t know about PhantomJS, it’s basically a headless WebKit scriptable with a JavaScript API.

The first step is to create a script that will be executed by PhantomJS. This script will do the following:

Next, we want to create a PHP function that actually executes the above script and converts the html to a SimpleXmlElement object.

3.  Call the function and iterate through the SimpleXmlElement Object to get to the table data

Finally, running the function from step 3 should result in something like this. 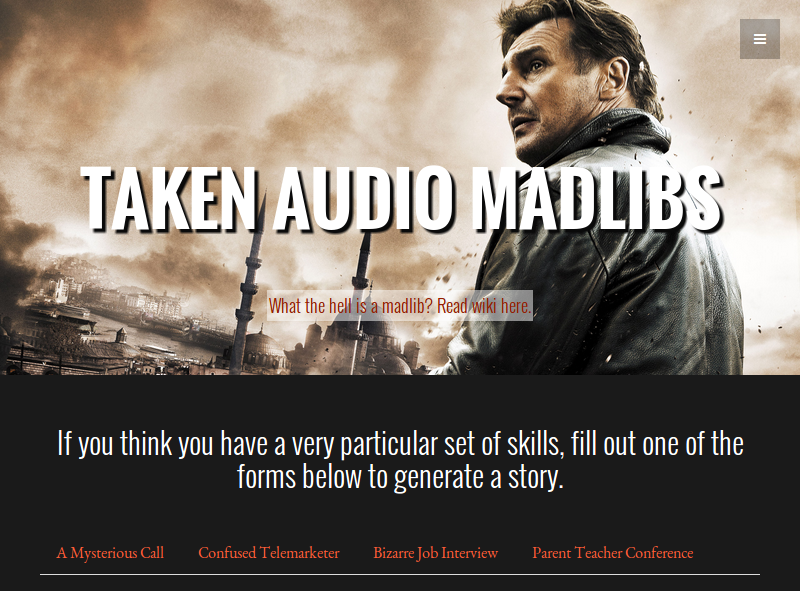 We’d like to extend congratulations to one of our clients, SoonSpoon, on being acquired by Reserve, a New York-based restaurant reservations application.  Led by one of the co-founders of Uber, Reserve aims to simplify the restaurant reservation process much like Uber did for the taxi industry. You can read more about them in this recent Boston Globe article.

With Priceline recently purchasing OpenTable for a cool $2.5 billion, the online reservation space seems to be gaining momentum and piling up more success stories.  Although we’re sad to see them go, we are excited for the SoonSpoon guys and are glad to have helped them build out their beta product (you may have remembered our blog post from their launch).

SoonSpoon had a great idea and relentlessly executed on it, building a strong community of partner restaurants and users. In the day in age where many try but few succeed it’s always inspiring to see a start-up success story – as Michael Dell once put it, “Ideas are commodity. Execution of them is not.”