Have you ever tried anything other than JavaScript or Typescript for front end and what was the result?

I tried Scala.js a couple of years ago, before TypeScript was popular. The results were mixed, at best. My experience was not recent, but, if I recall correctly, my two biggest stumbling blocks were tooling support and interop with standard JavaScript libraries.

On the tooling side, the major challenge was that scala.js needs to be compiled via the JVM based Scala compiler in order to produce JavaScript. That made integrating with JavaScript build tools like Gulp or Grunt fairly difficult. On top of that, I was sort of stuck writing scala.js in Eclipse since it had the best Scala plugin support. What that meant is that I had to give up IntelliJ’s awesome web development capabilities.

Integrating with third party libraries is a struggle for all of the “compile to JavaScript” solutions. A few years back, scala.js had a pretty rough integration story. Scalajs still relies on typed “facades,” Write facade types for JavaScript APIs to for integration. The problem faced is that there is not “any” type of Scala where you can skirt needing actual type information.
These two issues highlight how well TypeScript is implemented in regards to tooling and 3rd party library support. Today, (2019) I think it that TypeScript is really the only effective option for compiling to JavaScript.

If I went back in time 5 years and told myself that I would eventually work toward a bachelor’s degree in math, I never would have believed it. All throughout high school and even my freshman year of college, I had the same thought in every math class I took: “When would I ever use this in real life?” It was not until my first course in differential equations that I realized how useful and applicable mathematics can be to solve real life problems. However, these problems mainly involved physics and finance, neither of which are of interest to me. I enjoyed all my computer science classes but with a BS in computer science I was not going to graduate on time after transferring my freshman year. Choosing a concentration in computing allowed me to take a class on scientific computing — a class teaching you how to utilize computer science to write efficient programs that solve complicated systems of linear equations as well as estimate differential equations that cannot be solved exactly by any known methods.

When you have many more equations as well as more variables than 2, solving by hand becomes less practical and can be virtually impossible in a system of 200 equations involve 200 variables.

To combat this, you can use represent the system of equations in a matrix, and solve through a process called Gaussian elimination. In Gaussian elimination, you can manipulate and reduce a matrix to a form where only the diagonal and everything above consist of numbers while everything below is 0. From there, the system is easy to solve. This can be simple for 3 x 3 matrices, but when you increase the dimensions it becomes impractical. The solution is to implement Gaussian elimination in a coding language. The course I took on scientific computing utilized MATLAB because MATLAB is built for numerical computations through matrices. As a challenge, I worked on implementing Gaussian elimination in Typescript. Using the math.js library to create and manipulate matrices as well as some help from Martin Thoma’s website at https://martin-thoma.com/solving-linear-equations-with-gaussian-elimination/, I was able to create a working program that can solve a system of equations of the form:

Implementing this in typescript was challenging at first, as matrix manipulation through the math.js library is much more complex than my experience in MATLAB. However, it was interesting to apply something I learned in a university course to a real world work situation. Since I am looking toward a career somewhere in the computer science field, a lot of the math courses I take are not fully relevant to what I will do later in life — though they really help when it comes to problem solving and thinking outside the box. Utilizing topics I have learned in class to make programs such as these makes the difficulty of majoring in mathematics well worth it!

Check out the code at https://github.com/Setfive/ts-base/blob/master/src/GaussElim.ts and a live demo below! 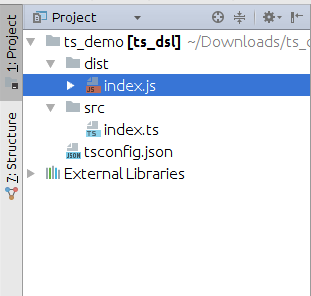