For one reason or another we decided to sponsor a pub crawl this weekend. The plan was hatched over some beers at Underbones on Thursday night for a Saturday morning go time. We knew we basically needed three things: a list of bars, some swag (tshirt?), and obviously a website. We decided that the route of the crawl should follow the MBTA Redline so that we could start downtown and then finish in Somerville. This made picking bars pretty simple, gave us some branding, and of course we registered
REDLINECHALLENGE.COM.

We wanted the website to have some informative information, live location updates, and of course pictures of the debauchery. The biggest problem was that neither Daum nor I have location aware phones. To get around this, we decided to update Twitter with our current location along with a “#loc” hashtag and then have the site update based on that. Since we were all ready using Twitter, we decided to use Twitpic to allow us to post pictures to twitter on the fly. Additionally, we took advantage of Verizon Wireless’s email to SMS service and allowed people to contact us via the website. All told, we built the site in about 3 hours and it proved to be pretty useful. People used it to find us on the crawl and to contact us while we were out. Everyone also got a kick of seeing a live photo stream.

What’s next? Clearly, The Greenline Challenge.

A few months ago we integrated Google calendar into an application that we built for a client. Anyway, today I sat down to customize which calendars certain events were being created on. We’re using the Zend Framework’s GData package to interact with Google Calendar and surprisingly the documentation is pretty lacking.

Specifically, I was looking to create events on a calendar that was not the “primary” calendar for a user. After poking around and experimenting, I finally got things to work.

First, you can retrieve the list of available calendars with:

Next, when creating the events pass in the uri and the events will appear on the alternate calendar.

One of our clients came to us a few days ago asking us if we could build something to aggregate several RSS feeds and then display it on their site.

Easy enough. Except the caveats were 1) This had to be done on a shoe string budget and 2) We had no permission to script on the server side (only client side scripting allowed kids).

So that takes care of problem 1 and almost fixes problem 2. Of course the remaining problem is getting around the cross domain XHR restrictions on the JSON. I did some poking around the Yahoo Pipes documentation and it turns out you can add a _callback parameter to the URL and bang it wraps the JSON in a JS callback!

Issues solved. The final part was to mix in a little jQuery to load the JSON+callback feed into a <script> tag and then display it. 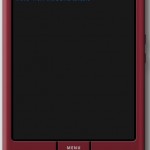 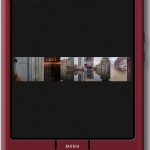 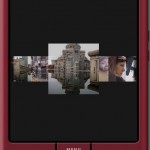 Well as everyone saw last Tuesday night, Obama won the election by a pretty significant margin and has all ready taken steps to announce his transition agenda.

Anyway, at the end of our run, we captured 11021 tweets with the breakdown being 2501 for McCain and 8520 for Obama. Since we had been generating maps all day we decided to take snapshots at 5 minute intervals so that we could watch the progression of the map. The timelapse map is embedded below:

We hope everyone had a good election experiance – we had a lot of fun building this mashup. Now to find the next big thing…